Because his birthday always fell on the week of Thanksgiving, it has been my Dad’s holiday for as long as I can remember. We basically had no choice and he liked it that way. When he died almost four years ago, my family struggled to create a new tradition.

The first year we went to his sister’s house. He had died in June. We were still getting used to the idea that he was gone forever. But we were together. The Ravens beat the 49ers. I made my first scratch apple pie and it was a miserable failure. my apples got all wilted. I still don’t understand what went wrong. But we got a laugh out of it.

The next year my aunt went to celebrate with her daughter’s family. We– my step-mom, my brother, his wife, and their 3 sons– decided a new, non-traditional tradition should be established. They decided on a Thanksgiving day crab cake feast. I loved the idea.

I have been a vegetarian for what seems like forever. Off and on through my teens, and permanently as soon as I left home at 21. Up until I went vegan a year ago, I would make exceptions for seafood now and then. (I view crabs as sea bugs, and I’m not convinced that they can feel pain or fear based on our current understanding of them.) I was very happy to sit with my family while they enjoyed a crab feast rather than the usual turkey, but I was happy to sit with them while they enjoyed turkey and ham before that. With the crab, I felt more included. it was nice.

We happily carried on this new Thanksgiving day tradition for two years, and last year we were joined by my step-brother and half-brother from my Dad’s second marriage. It’s too rare that all of us kids are under one roof. It was a special day for everyone, I think.

But all good things must end. This year my brother’s family were invited to a special gourmet Thanksgiving at their closest friend’s house. We moved our family Thanksgiving to the Sunday prior. I’ll admit, I had very mixed feelings about this. In part because I think of this day as Dad’s Day. Secondly, more selfishly, because that leaves me alone on Dad’s Day.

I did receive invitations to other friend’s Thanksgiving dinners. This is where my personal food choices enter into the situation. Because I am vegan, these things are typically awkward. The dishes I bring and the food on my plate will always raise innocent, yet uncomfortable questions at best, or outright ridicule at worst. When I get the questions, I usually explain that I can’t answer without ruining dinner for everyone. So awkward. The ridicule is harder to navigate. People can sometimes see my personal food choices as a judgement on theirs and become defensive about it. But I ate dairy products until only 15 short months ago, aware all along that the dairy industry is pretty much the cruelest of them all. I was able to do exactly what these turkey-and-ham-revelers are doing. I could compartmentalize what I knew about the industry so that it wouldn’t interfere with what I wanted. Namely cheese. I feel guilt and shame to think about it now. How willfully ignorant I was. But how could I judge anyone for doing the same thing I had been doing until only recently?

Perhaps more than that, the problem is that my food choices can dominate the conversation. My own family are used to it. But Thanksgiving is about family. The last thing I want to do is to draw focus away from that at a friend’s family table.

So today I choose to enjoy Thanksgiving by myself. I will go see friends once dinner is done, but for now, I’m so happy to sit here with my dog, watch football, work on some projects, think about my Dad, and stuff myself with possibly the best Thanksgiving feast I’ve ever had. If this is my new tradition, I’m fine with that!

By the way, this is the Gardein Holiday Roast, and it’s by far the best vegan roast on the market. I’m pretty sure I’ve tried them all. 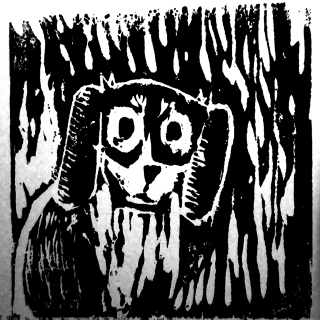